Second nature to most Japanese people and utterly mystifying to most westerners, chopsticks have been used for thousands of years. For many sushi lovers, they are an essential part of the experience – even if many forms of sushi can be eaten by hand.

Chopsticks are called ‘hashi’ in Japanese, and as you probably know, there is a technique to using them. More than that, however, there also is an etiquette and customs to be followed. Restaurants outside of Asia are probably more forgiving of faux pas. However, if you ever travel to Japan, using them disrespectfully could cause a great deal of offence. Here is everything you need to know.

The oldest chopsticks found by archaeologists in the ruins of Yin, China. They are made of bronze, and they are approximately 26cm long. They appear to have been used as cooking utensils, rather than for eating, which is in keeping with what historians know about their earliest uses.

How to Use Chopsticks

The trick to learning to use chopsticks to eat sushi, much like becoming proficient at certain types of online betting NZ, is to do it regularly. Although both sticks will move during the process, the one you actually manipulate is the upper stick. Hold it the way you would hold a pencil, approximately a third of the way from the top. 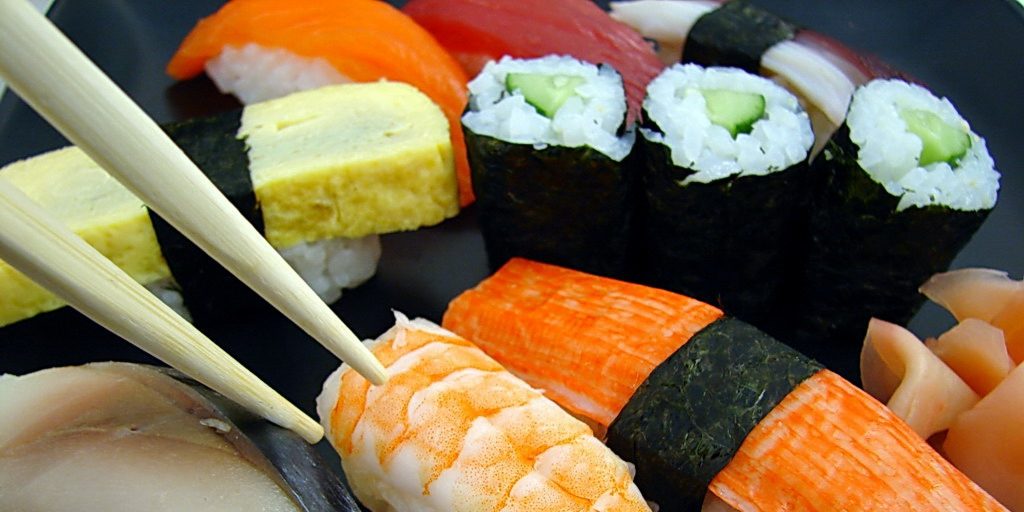 Rest the second stick against your ring finger. Use the base of your thumb to secure it. Use your thumb, index, and middle fingers to move the upper stick. When not using your sticks, place their pointed ends on the rest, pointing toward the left.

One of the most important Japanese chopstick superstitions to remember at your next meal of sushi is to not pass food from one set of sticks to another. Others are to never stand your sticks upright in a bowl of rice, or to cross them on the table.

Passing food looks like a cremation custom, while standing sticks upright in food looks like another funerary rite. Crossing them symbolises death. As much as it may seem like a quick solution to a piece of sushi that is stubbornly sliding around your plate, never impale your food on a stick. Remember also not to drum on the table with them, wave them around, point with them, or use them to move bowls or plates. If you are using disposable chopsticks, you can fold the paper case to form a rest. When you are done eating, put the disposable sticks back into their wrapper.

Of course, the only menu item for which chopsticks are deemed necessary is sashimi. If you are eating nigiri-sushi, it is perfectly acceptable for you to use your fingers. Eating by hand may be easier, but as many sushi fans agree, half of the enjoyment of it is the challenge of the chopsticks