Yes, you can gobble your way through multiple plates of sushi without coming up for air. You have more or less mastered using chopsticks, which is good news for everyone. But; are you acknowledging the sushi eating etiquette guide? It probably isn’t necessary if you’re eating it at home. But in a sushi restaurant, you might want to make sure that you aren’t being an eyesore to those around you.

Here is the etiquette guide for those who want to abide by the long standing traditions and rules.

You are probably aware of how delicious sushi is, and how well the flavours go together. It is an art form to have just the right amount of each ingredient. This is why drowning the sushi in wasabi, which overpowers all the other flavours, is considered to be extremely rude. Just a small dollop is needed, so don’t hurt the chefs feeling by applying a mountain to each serving. If you’re sitting at home, eating sushi while you enjoy popular pokies machines online, it isn’t a big deal. But do try respect the chef when eating at a restaurant. 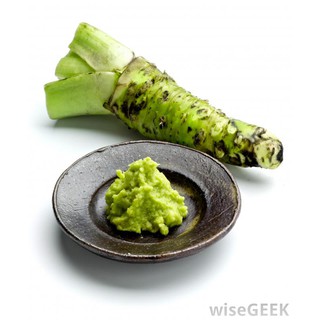 Speaking of rude; rubbing your chopsticks together is extremely rude. It means that you think the chopsticks are very low quality, and so you are rubbing them together to scrape off splinters. Splinters are indeed painful, but the vast majority of places wouldn’t dare use chopsticks that are capable of giving you one.

Ginger Is A Palate Cleanser

Many have their ginger as part of the sushi itself, but this isn’t how it is supposed to work. The Ginger is actually meant to be eaten between the sushi servings, not with it. Topping your sushi with a slice of ginger is most uncouth.

Not Too Much Soy Sauce

As with wasabi, too much soy sauce is also not really a sight the chef is happy with. Soy sauce also overpowers the flavours, and is only supposed to be added in the smallest of amounts. Certainly don’t pour the soy sauce on the sushi. Just a dripple in the bowl, and sushi dipped into it are the way it’s meant to be enjoyed.

Not all sushi etiquette is just about fitting in. In some cases, the rules are best if you want to keep your stomach working well. Any sushi place that smells like fish is a bad sign. According to experts, fish shouldn’t have that strong fishy smell at all, unless it is starting to go off. Fresh fish smells like the ocean; salty, not like fish. Keep that in mind when ordering sushi.

Last but not least; you shouldn’t order sushi to go. Or at least; don’t order it to do unless you intend on eating it all that same day. Sushi isn’t to be put in the fridge and enjoyed the next day. It is a meal to be enjoyed fresh, and leaving it overnight will ruin the perfect combination of flavours.