Depending on who is coming to your sushi dinner, you may need to pad out the menu with a few side dishes. The last thing you would want are dishes that either eclipse the main event or that are unbelievably boring.

The following suggestions for Japanese sides can add just the right amount of colour and flavour to complement your homemade sushi.

Broccoli is a vegetable that can have a bad reputation, but that is usually because it gets boiled or steamed until it is lifeless, limp, and generally quite horrible. However, serving up blanched broccoli with sesame oil is sure to change a few perceptions.

It is healthy, and it keeps for a few days in the fridge, and it is incredibly easy to prepare. All you need are broccoli florets and stems, water, sea salt, roasted sesame oil, and toasted white sesame seeds. Bring the water and salt to a boil, add the broccoli, cook until the stems start getting tender. Drain the broccoli, add the sesame oil, let it cool, and then sprinkle with the sesame seeds. 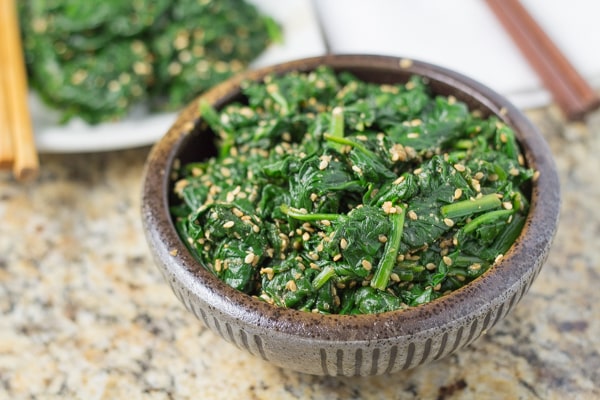 Japanese spinach salad or spinach ohitashi goes well with almost anything, so you may find yourself making it even when sushi is not on the menu. It is quick and easy, so you can use the time you save to play real money Blackjack games online.

The ingredients include spinach, sea salt, kombu dashi, water, kombu, mirin, light soy sauce (usukuchi), and toasted white sesame seeds. To make it, boil the water and kombu, and then add the mirin and light soy sauce to the kombu dashi. Boil the spinach for a minute in a separate pot, remove from the pot, and plunge into iced water. Remove the spinach and drain it, before putting it into a container with the sauce. When ready to serve, sprinkle with sesame seeds.

It is difficult to believe that something that is so easy to prepare can be so delicious, but that’s Japanese potato salad for you. Nothing like its American-style counterpart, it is made with mashed potato and vegetables.

In addition to 2 potatoes, you will need salt, a large egg, a carrot, some corn, English cucumber, a couple of slices of Black Forest ham, Japanese mayonnaise, and salt and pepper. After boiling the potatoes and mashing them into a chunky mash, hard boil the egg and then mash it with a fork. Slice the carrot, cucumber, and ham into small pieces. Cook the carrots, and, when cool, combine everything in a bowl.

A sweet and savoury omelette, tamagoyaki is a great complement to any meal. It is sometimes used as a sushi topping in place of fish or seafood.

The ingredients you will need include eggs, a neutral-flavoured oil for coating the pan, nori (seaweed), dashi, sugar, soy sauce, mirin, and salt. For a cheat’s method, mix the ingredients, cook as you would a normal omelette, and then roll it up before slicing it.