Any decent sushi chef will agree that part of what makes their job easier is having a decent knife on hand to cut through just about any type of fish or other ingredient. Fish, in particular, needs to be filleted and sliced finely with a very sharp and high-quality knife, otherwise the meat will be destroyed.

There are plenty of decent knives on the market, but no matter which is bought, it will need to be kept in good shape if the user wants to get a long life out of it.

Starting With The Steel

Before maintenance can even be involved, it’s important to first purchase a knife that’s made out of quality materials. Carbon knives have become extremely popular in recent years, and while they tend to be much more durable than normal steel knives, they are not quite as sharp, and will need sharpening more often to remain at the same level as their steel counterparts.

Steel knives, on the other hand, dull quicker than carbon, but they’re also better at holding a sharper edge. The choice ultimately comes down to the preference of the one using it, and they’re both excellent choices.

A good knife shouldn’t be tossed inside the drawer along with other cutlery, as this is a good way of dulling it quickly. Instead, it’s better to wrap the knife in a cloth when it’s not being used, especially if it’s a steel knife.

This not only keeps it from scraping against other cutlery, but it also reduces the chance of any rust being formed on the metal. If the knife came in a special rack, keeping it there between uses is a good idea. 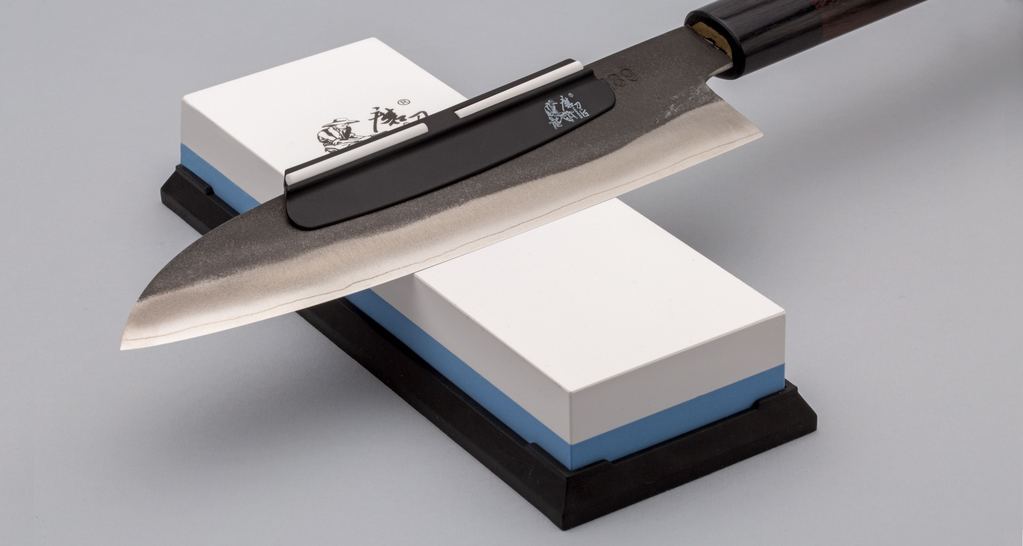 After a while, the knife will inevitably begin to start becoming dull, and a dull knife is usually more dangerous than one that’s sharp. This is where sharpening comes in, and there is general two options available.

The first is having the knife sharpened with a professional, who have the expertise and tools available to get a razor-sharp edge, but this comes at a price, although it’s easy to cover this for those that want to play now.

The next option is to invest in sharpening equipment. There are a lot of tools on the market that can be used to sharpen a knife, but often enough having access to a decent whetstone should be more than enough.

It’s worth remembering that a whetstone will often come with two sides, each offering a different function in terms of sharpening.

A dirty knife can be cleaned with other cutlery and crockery in a sink of hot water and dishwashing liquid.

It’s best to avoid leaving the knife sitting in water for too long as this can lead to rust developing somewhere on the blade, and once rust has set in, it can be difficult to remove completely.